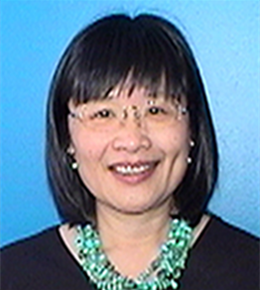 Dr. Hsiao received her M.D., Ph.D. from Thomas Jefferson University in Philadelphia. She completed her Nephrology training in Harvard Medical School (HMS). She is currently the founder and Director of "Center for Kidney Innovation & Care"; she is also the creator of Kidney Disease Screening and Awareness Program (KDSAP), which currently has 23 chapters nationwide under Dr. Hsiao's leadership. She has been the co-investigator and co-associate director of Harvard Summer Research Program in Kidney Medicine since 2014, a NIH, NIDDK sponsored program.

Dr. Hsiao has written many articles and chapters. One of her work was published in journal of Circulation in 2012 and being ranked at the top 1% in the academic field of Clinical Medicine. One of her articles on Chronic Kidney Disease (CKD)-related cardiac fibrosis was featured in the cover of Journal Molecular Cellular Cardiology (JMCC) in November 2019. Dr. Hsiao has received numerous awards for her outstanding clinical work, teaching and mentoring including the 2007 Starfish Award for her excellence in patient care and teamwork, the prestigious Harvard Clifford Barger Young Excellent Mentoring Award, The Dean's Community Service Award. And in March 2021, she was honored by National Kidney Foundation (NKF) as a Nephrologist who has made an impact in reducing health disparities in New England.