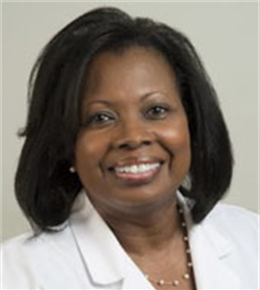 Dr. Nicholas is a tenured Professor of Medicine and a Clinical Hypertension Specialist at the David Geffen School of Medicine at UCLA in the Division of Nephrology. She received her medical degree from the University of California, San Diego; Masters in Public Health from San Diego State University; and PhD from the University of California, Los Angeles. Her translational research spans studies at the bench, the bedside and the community. Dr. Nicholas' primary aims are to understand and identify key factors that promote the pathogenesis of diabetic kidney disease (DKD); uncover and validate novel therapeutic targets and predictive biomarkers of DKD to facilitate clinical trials; and perform population studies in disparities of CKD health. Dr. Nicholas has mentored students, postdocs, fellows and junior faculty, and organized local, national and international scientific symposia. She was elected to serve on the Executive Council of Women in Nephrology, founded the UCLA Nephrology Women Leaders with a goal to promote leadership and chairs the UCLA Nephrology Racial Health Equity Committee.

Dr. Nicholas has received several awards including the Minority Access, Inc. National Role Model Faculty Researcher Award in 2010 and the National Kidney Foundation's Medical Advisory Board Distinguished Service Award in 2017 for 15+ years of dedication to the National Kidney Foundation (NKF), both at the local and national levels. For several years, she has served (and currently serves) as President of the Medical Advisory Executive Advisory Committee at the local NKF. She has led the charge around community education and outreach through scientific symposia and CKD screening. Through her research and as an invited speaker, she has established numerous collaborations locally, nationally and internationally. She has published over 100 original, papers, reviews and book chapters in the areas of diabetic kidney disease, hypertension and health disparities, and presented > 130 abstracts at scientific meetings.